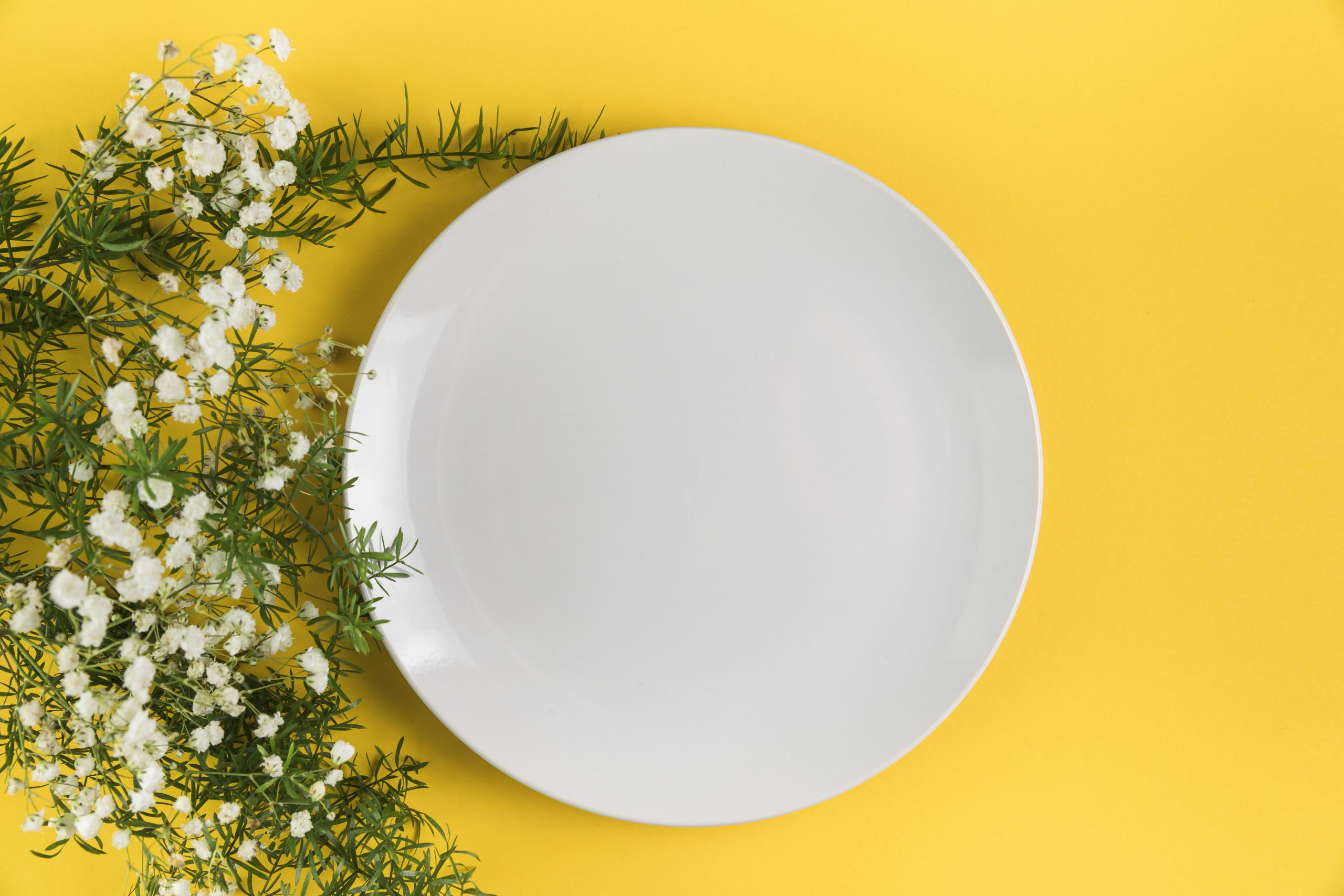 I became interested in Nutrition and Fasting and creating my own optimal health in 2012 when Dr Michael Mosley presented the TV programme on the 5/2  fasting diet. In my own family I had witnessed a very distressing process of debilitating symptoms due to diabetes in my Father as he approached the end of life whilst confined to a hospital bed for many months. His Father, my Grandfather also had type 2 diabetes and my two sisters (one younger and one older) are also afflicted with this chronic disease.  This led me into looking at whether diabetes is a genetic or lifestyle condition. The health claims Dr Mosley alluded to in his TV documentary in 2012 by looking at fasting as a remedy for diabetes 2 and obesity ignited my interest in this very personal topic.

I quickly learned that obesity plays a crucial role in diabetes.  William Banting (1796-1878) an English undertaker rediscovered the fattening properties of refined carbohydrates. In his mid thirties he started gaining weight around a pound or two per year and by his sixties he now weighed 202 pounds (92 kilograms) and only five foot five tall ! He sought out advice from his physicians.  He tried increasing his exercise by rowing on the Thames (near to his home) he increased his physical fitness, but developed a ravenous appetite which he avidly indulged. Eventually on the advice of one of his physicians he tried a new approach of eliminating all sugary and starchy foods, he avoided all breads, milk, beer, sweets and potatoes which had previously made up a large portion of his diet (currently referred to as a diet low in refined carbohydrates). This was a great success, he not only lost weight and kept it off he felt amazingly well, and was compelled to share his experience and hence  published a paper on corpulence (obesity), which he made available to the public and is now considered the first ever ‘diet book’.

There are other reasons why obesity affects so many, other than caloric. Insulin is a fat storing hormone. When we eat, insulin increases, signaling our body to store some of this food energy as fat for later use.  This is a natural process that has sustained humans through famine for thousands of years. However, persistently high and excessive levels of insulin results in obesity. As a result of obesity we now have epidemic levels of diabetes worldwide.

Type 1 and 2 diabetes are completely different.  In type 1 diabetes, the body’s own immune system destroys the insulin-producing cells in the pancreas, this results in low insulin levels which leads to high blood sugar. The solution is to supply the body with more insulin, which corrects the issue.

In type 2 diabetes insulin levels are not low but high, blood sugars are elevated not because the body can’t make insulin but because it becomes resistant to insulin.  One of insulin’s main roles is to move glucose from the blood into the tissues which uses it as energy.  When insulin resistance develops the normal level of insulin is unable to move glucose into tissue cells, which results in an overload of glucose. So what causes insulin resistance?

It has now been discovered that insulin causes insulin resistance.“The body responds to excessive high levels of any substance by developing resistance to it”. Fung & Moore (2016).  For example when drinking excessive alcohol the body will develop resistance or tolerance to it, when taking drugs or medications the body will develop resistance or tolerance to it. “With that understanding, the problem with how doctors treat type 2 diabetes became clear: we were prescribing insulin to treat it, when excessive insulin was the problem in the first place” Fung & Moore (2016).   I discovered Jason Fung on my journey into obesity and diabetes. He is a Medical Doctor who specialises in nephrology (kidney disease), type 2 diabetes is the leading cause of kidney disease. His journey into the healing benefits of fasting developed when his diabetic patients were following the ‘eat less move more approach’ and taking prescribed insulin, when this did not work their insulin dosage was increased and still they continued to gain weight.  As excessive insulin causes obesity, it was clear to him that insulin should be reduced. He now recommends a ketogenic diet ( low in processed carbohydrates, moderate protein, high fat diet) and intermittent fasting as an effective method of reducing high insulin levels, his patients are clear evidence that this strategy is working. Fasting helps in burning excess glucose out of the cells. During fasting, no new glucose is coming in, so the body has no option but to use up the stored glucose.  In conventional medicine, diabetes ( also known as diabetes mellitus) is treated with more insulin, the underlying cause of high blood sugar is not addressed, excessive insulin causes obesity and insulin resistance which results in diabetes 2.

“We have been treating type 2 diabetes exactly wrong.  With proper treatment, it is a curable disease.  Type 2 diabetes, like obesity, is a disease of too much insulin. The treatment is to lower insulin, not raise it.  We were making things worse.  We were fighting the fire with gasoline” Fung & Moore (2016).

Apollinaire Bouchardat (1806-1886) who is often referred to as the ‘modern founder of diabetology’   discovered that during the Franco-Prussian war, periodic starvation resulted in less urinary glucose excretion.  His book De la Glycosurie ou Diabetes Sucre (Glycosuria or Diabetes Mellitus) shows his comprehensive dietary strategy  of forbidding sugars and starches. This is very similar to the current low-carbohydrate diets that have been effective in treating diabetes 2 (ketogenic diet) and fasting.

In the 1970’s and years prior, there was very little diabetes or obesity.  The general populous ate three meals a day, breakfast, lunch and dinner with no snacking.  Today we tend to eat/snack throughout the day (and night) anything up to 6-17 times a day is typical ! Any type of food that is ingested will cause an insulin spike, this can be as little as one biscuit or a complete meal. Hence we now have a worldwide epidemic in obesity and diabetes mellitus. The number of diabetics has been projected to increase from 135 million (1995) to 300 million in 2025. Both are potentially preventable through lifestyle changes which are our selection of foods, (starches and sugar), frequency of eating and moderate exercise.

Fasting  has been practised for thousands of years.  Three of the most influential men in history, Jesus Christ, Buddha and the prophet Mohammed all shared a common belief in the healing

powers of fasting.  It is a treatment for wellness as well as illness.

IT’S FREE…it saves you money, you don’t need to buy food, shakes, meal replacement bars or medication.  The price for fasting is ZERO. It also saves you time, preparing meals at home, cleaning up, buying groceries.  There is nothing easier, because fasting involves doing nothing, (generally diets tell you what to do, fasting involves doing absolutely nothing).

The main advantage of fasting for weight loss is that it has no upper limit.  You can fast as many times as you like, and if it is not working, increasing the fast time and frequency has no ill effects.  The world record for fasting is 382 days, during which the patient did not suffer any ill effects ! Compare this to medication. Most drugs when taken for any length of time or increasing the dose will inadvertently harm the patient.  The same occurs when implementing low carbohydrate diets and low fat diets, there is a maximum dose, once reached you will need to change diets.

Fasting can be done anytime, you may fast for sixteen days or sixteen hours.  Fasting is flexible, you can mix and match by fasting one day a week and three times the following week.  It fits in well with life events and is not restrictive. You may have a holiday planned, just stop fasting and enjoy.  This is something I practice, once back at home I introduce my fasting schedule back into my routine and any excess weight gained simply melts away. This applies to all ‘life events’ like a wedding, christening or family party, you really don’t have to be a social pooper !

What happens when we fast ?  Our insulin levels drop, which signals our body to start burning stored energy.  Glycogen (stored in the liver) is the most easily accessible energy source and we have enough of this energy for twenty four hours.  After that our body switches to burning body fat for energy. The body has two states of being, the ‘fed’ state ( high insulin) and the fasted state (low insulin) so we are either burning food energy or storing it. When we introduce a balance of eating and fasting we are in a negative weight gain.

When first introducing fasting, gluconeogenesis is a state we create when fasting for twenty four hours to two days.  The glycogen stores become depleted which enables the liver to make ‘new glucose’. In those who are nondiabetic glucose levels fall, but stay within the normal range.

This ‘state’ is entirely natural and normal .

During periods of fasting, most people expect their energy levels to decrease and leave them feeling tired and fatigued.  But the opposite is actually what happens. This is due to the fact that the body is still being fuelled from burning body fat and not food together with the release of  adrenaline which invigorates us and stimulates the metabolism. “ after four days of fasting, resting energy expenditure increased by 12 per cent. Rather than slowing metabolism, fasting revs it up”  (Fung & Moore 2016).

Eating suppresses the secretion of growth hormones, this includes our three meals a day, so if we are overeating this can suppress our growth hormones by as much as 80%. Increasing growth hormones in older people has noticeable anti-aging benefits.    Excessive growth hormones in adults leads to loss of muscle mass, decreased bone density and more body fat. Growth hormones increase the availability of fats for fuel, since burning fat reduces the need for glucose, this aids in maintaining stable blood sugars.

The most effective natural stimulant to inducing growth hormones is fasting. In 1992 a study showed that a two day fast had a fivefold increase in growth hormones. Very low calorie diets were unable to compare and unable to provoke the same response.

The Importance of Healthy Eating

Fasting does not give us carte blanche to eat an unhealthy diet. Humanity evolved to eat a diverse range of foods including healthy carbohydrates, proteins and fats also known as macronutrients.  Unfortunately the convenience of highly processed packaged foods has become prevalent in our western society. Studies have shown indigenous populations around the world with little or no chronic disease when out of their natural habitat (migration) and when adopting the ‘western diet’ their exposure to the same chronic conditions such as diabetes, obesity, heart disease etc is the same as ours.

Let’s face it, we all love to eat, it is a pleasurable experience and satisfies our sensory desire of smell, texture, taste and social interaction.  Fasting can be a scary concept for most of us. Let me help you on your journey, whether you want to dive straight in or with tentative steps, there are several fasting protocols to choose from to enhance your weight loss and overall maintenance of optimal health

“Fasting is the greatest remedy-the physician within”

One of the three fathers of  Western medicine

Plutarch a Greek biographer and moralist

“The best of all medicines is resting and fasting”

“ Everyone has a doctor in him, we just have to help him with his work. The natural healing force within each one of us is the greatest force in getting well…to eat when you are sick is to feed the sickness”

Hippocrates one of the three fathers of modern medicine

“I fast for greater physical and mental efficiency”